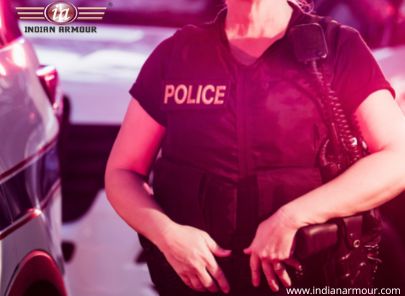 The military, being a genuine meritocracy, tries to treat everyone the same. When you have women in the military and you’ve finally reached a point where they’re so important as a population that the military couldn’t go to war without them, you have to start paying more attention.

Women are already serving in various agencies such as the army and police services, and are being deployed to various combat zones. All this while, the women wore earlier versions of body armour designed for a male-centric army. In the army and the police forces, these armours are being employed in un-safe situations such as in riots, violent encounters, acid attacks, stone pelting, knife attacks etc.

These body armours, which have been designed for males, do not fit female troops properly and as such are uncomfortable to wear during strenuous military operations.  When a female soldier sits in a vehicle or an aircraft, this improper fit creates potentially lethal gaps at the arm openings and leaves the hefty ceramic plates laying on her legs, cutting off circulation.

A soldier can take a first shot instantly if she can seat her weapon. Therefore, it is critical for her survival to have that weapon seated adequately in her hands and to fire that first shot. Unfortunately for a female soldier these plates often takes vital time to be shoved aside before she could even shoulder and aim her gun. The women in the military, on the other hand, are well concerned of their flaws and are well familiar with its failings.

It is anticipated that considerable developments in protective equipment, notably body armour tailored to their physique, would help these female soldiers. Many of the issues are addressed by the new modular-style body armour, which is shaped differently and comes in many new sizes, as well as distributing protection across multiple sections that can be mixed and matched to meet varied danger levels and minimise weight when not in use. All of this helps to make the vest and system less onerous, which is beneficial whether you’re a woman or not.

Two major innovations in the female specific body armours are its increased shoulder adjustability and a darted cut in the chest area. The improvements don’t stop there; as we proceed down the female-specific body armour to the waist area, not only has the waist area gotten narrowed, but the cumber bun has also been altered and enhanced in adjustability.

Since female torso lengths differ from male torso lengths, the length of the body armours has been adjusted and enhanced to ensure a better fit for female torsos. The revised vest sizes better cover the wide range of variances in all soldiers, such as torso length, and provide a better fit for smaller female soldiers. And some of the armour’s thick, flexible parts have been moved to a shirt-style garment that includes women’s sizes with more flare at the waist to keep it from riding up and causing dangerous gaps, as well as more generous shape to help cover the side of the bust.