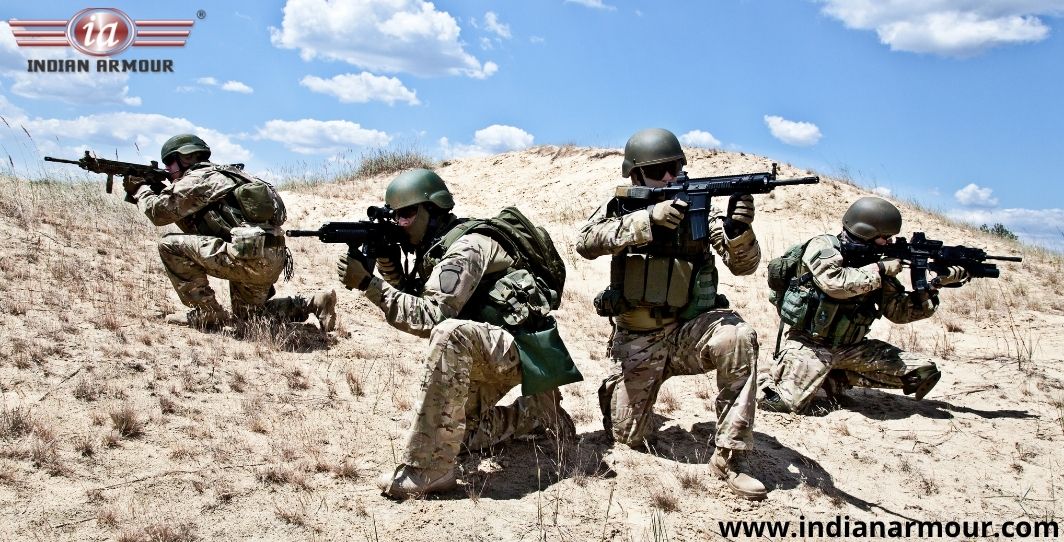 A mission and a purpose drives everything from trousers to plate carriers. And we’re talking about our military’s and law enforcement’s equipment and tactical uniforms in this post. While a shirt may be worn to make a statement, tactical gears are worn to contain additional ammo and magazines, provide some amount of fire protection, or simply to better support a hip-carried pistol.

The phrase “Tactical Gear” was invented as a marketing technique to sell surplus military equipment without referring to it as such. This made the gear more appealing to a wider range of participants, allowing the business to sell more of these.

The demand for this equipment grew over time. The opportunities afforded by this expanding demand were quickly grabbed by top brand providers. Combat gears have evolved throughout the years to keep up with advancements in combat and technology.

There was a time when the tactical gear was only worn by those who were in dire need of it. After all, the world has changed, and today we see tactical gear on the backs of anyone who can afford it and wants to wear it. The most recent twist in the evolution of this product category is the expansion of tactical gear into the civilian market. Many individuals are thinking about what they would need in the case of a calamity because the world is so unpredictable these days.

The market’s vigorous competitiveness, along with the desire for additional tactical gear innovations, helps ensure that these products continue to evolve at a rapid pace.

The following is a list of the most often utilised tactical equipment by various agencies and individuals around the world to support them survive and get through it:

Soldiers need to be capable of moving freely. Boots are one of the most important things that enable operators to be mobile.

A well-designed and well-built pair of tactical boots allow the wearer to traverse a wide range of terrain with minimal strain and risk of injury. A smart pair of boots will always steer you in the proper path, whether you’re attacking or retreating. Lightweight design, durability, waterproof nature, and proper breathability are traits that add value to a great pair of boots.

The rising and extensively publicised prevalence of active shooter scenarios throughout the world may be credited with raising people’s awareness of the critical function body armour plays in saving lives.

The versatility of modern body armour is demonstrated by the fact that it may be put into a plate carrier or fitted into specialized pockets on tactical shirts and tactical vests.

The effectiveness of body armour to stop certain projectiles is assessed and rated. These ratings are assigned by the National Institute of Justice in the United States (NIJ). The NIJ rating system has five levels.

The body armour with a level II rating provides protection against bullets with a higher calibre and higher velocity, ranging from 9mm to.357 magnum.

Body armour rated Level IIIA prevents bullets up to.44 magnum in size. This is a thicker, tougher level of body armour with a long-lasting texture. Kevlar shields and other non-wearable bulletproof implements are indeed common in Level IIIA armour.

The level III body armour can stop rifle shots, including 7.62 mm bullets from an AK-47. Level III armour is significantly bulkier and heavier than Level II armour since it is often comprised of hard plates.

The level IV body armour protects against armour-piercing bullets with a calibre of up to.30 calibre. Thick hard-plates intended to mount to a carrier are typically used to accomplish this performance. LEVEL IV armour is so hefty that only operators with appropriate strength and endurance can utilise it. It’s designed for war or tense gunfights.

Tactical backpacks for both operators and civilians have surged in popularity in recent years.These tactical bags for weapons have a few commonalities, from MOLLE webbing to morale-patch Velcro, irrespective of whom they’re designed to. Tactical backpacks, for example, virtually always include straps for carrying guns. They’re also usually equipped with covert zipper compartments for concealing weaponry. These bags all have the same deep-organizational capacity, which means they can hold a lot of gear. They may also include expansion capabilities and storage areas for water bladders and body armour plates.

Carrying bullet-firing weapons is equally as critical as carrying bullet-stopping gear. As a result, holsters are an essential component of tactical gear.

The finest holsters provide you with an advantage by allowing you to reach your firearm quickly and easily. Holsters can be designed for open or covert carry, and they can be worn on the inside or outside of your belt, your shoulder, or your lower legs.

A tactical belt’s design and function are to support the weight of any extra gear you connect to it such as holsters, weapons, pouches, cases, and pretty much anything else you’d prefer not to have to carry around in your hands all the time.

Tactical gear is what you wear to blend in with your surroundings while still allowing you to undertake missions at your best.

This implies that the clothing is made to keep you warm (or cool), comfortable, and chafe-free, even if you have to wear it for days at a time with no possibility of washing it. An excellent example of tactical clothing is camouflage shirts for blending in and cargo pants for carrying gear.

From cargo pants to combat pants

The entertainment and music sectors popularised cargo pants. On stage, they were worn by a number of performers, including urban hip-hop vocalists.

These pants were popular not only because of their practicality but also because of their potential to create a fashion statement. Combat pants, on the other hand, aren’t about striking fashion choices. It’s all about the mission’s achievement.

Soldier modernization initiatives kicked off the tactical trousers’ revolution, paving the way for the development of high-quality combat apparel, particularly pants. These experiments with battle apparel, load-bearing, and armour components paved the way for the Modern Soldier System’s development and inspired features like integrated knee pads.

Scaling cliffs, climbing ropes, or even digging trenches may cause serious injury to your hands over time. As a result, gloves are an essential aspect of tactical equipment.

If you’re on a purpose- or mission-driven operation, you must arrive on time. In a sense, it’s only logical that you’d want to wear a high-quality tactical watch. Tactical watches are built to last. The newest versions can even track biometrics, providing information such as heart and respiration rates, body temperature, and other pertinent details about your body’s current state.