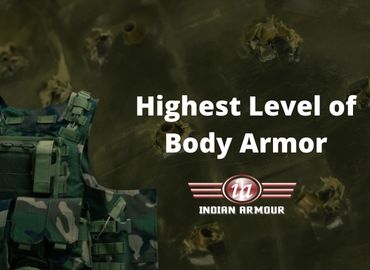 Long gone are those days when soldiers marching for the great wars during the Middle Ages used to wear chainmail and leather armor in order to protect themselves from spears, arrows, and blades. The advent of the modern era widely awakened humanity towards using advanced pieces of weaponry, and thus, firearms and body armour became highly in demand by every front-line worker, gun enthusiast, and law enforcement officer. So now, tactical vests and armor plates are considered the go-to body armor for soldiers in today’s times.

To understand the basics of body armor, it should be known that not all body armors possess the same functionality and quality. Many levels of body armor are structured specifically to resist different kinds of ammunition threats. The safety levels for all these tactical vests are issued by the National Institute for Justice (NIJ). The National Institute of Justice scientifically tests and categorizes every product under various levels of threat with the aim to fortify the justice system. There are five body armour levels: Level II, IIA, III, IIIA, and IV.

In this article, we are going to talk about the highest level of body armor.

Level IV is the highest level of body armor available in the marketplace and has the capability to stop armor-piercing threats. Level IV body armor is made up of hard plates designed under great precision to withstand a bullet of .30 caliber armor piercing round with a velocity of 2880ft/s.

However, it also comes with the disadvantage of not performing well under multiple-hit situations and sometimes can make a person feel restrained. That may be the bigger reason to read the below points and choose the best option for you.

Making quite a presence in the international market, Indian Armor is slowly emerging as a highly preferred option for offering the best quality and highly affordable specialized ballistic protection range. From manufacturing Bullet Resistant Jackets and Bullet Resistant Vests to Hard Armor Panels and Bullet Resistant Helmets to Rifle Plates, our company is silently charming half the world’s front-line workers and also making an amazing debut among the Indian Soldiers with its comfortable and lightweight range of ballistic protection products.

And since we are talking about the highest protection level of Body Armor in this article, we are happy to tell you that Indian Armor’s BR vests with Level 4 body armor plates should be your highest priority. Because it possesses the following standardization –