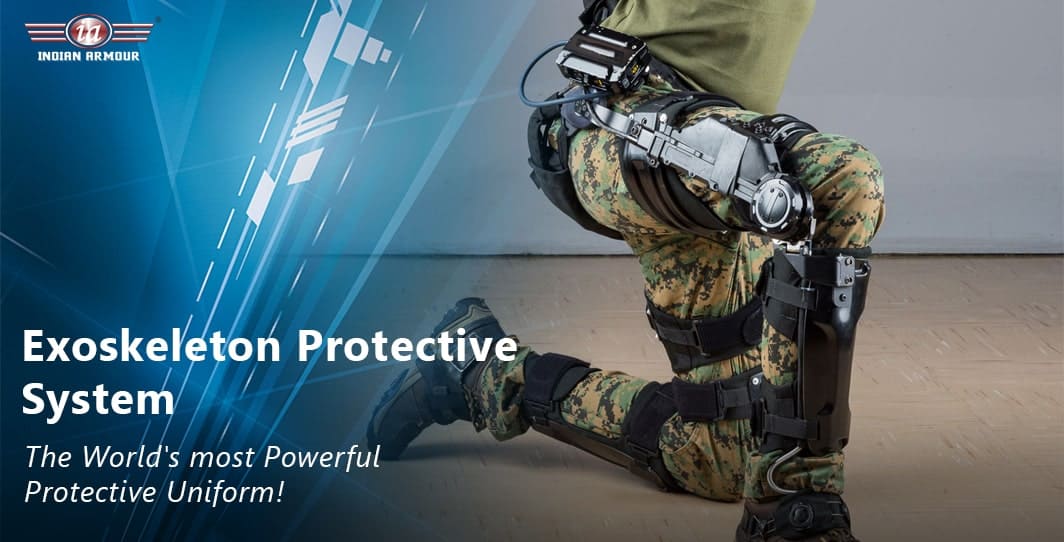 The army is no exception to the use of new technologies in all aspects of human existence.

It’s been difficult to develop a full-body armour that fits the requirements of soldiers. The Exoskeleton protective system is one of the coolest innovations among modern armour systems.

For so long, powered exoskeleton manufacturers have been frustrated by technological impediments. The processing necessary to make a suit respond to a wearer’s requests or motions was too sluggish and impractical for computers. There wasn’t a portable energy source, and actuators weren’t available. Electromechanical muscles, which would move an exoskeleton, were just too weak and cumbersome to function in the same way as a human body. Despite this, Army leaders were enthralled by the prospect of a mechanised, armoured super-soldier, and scientists and designers continued to explore the possibility, eventually leading to the development of specialised exoskeleton protection designs.

An exoskeleton protection system is a wearable mobile system that allows for limb movement with greater strength and endurance and is driven by a system of electric motors, pneumatics, levers, hydraulics, or a combination of technologies. Its design seeks to give back support, detect the user’s movements, and provide a signal to the gear motors. The exoskeleton provides support for the shoulder, waist, and thigh, as well as assisting mobility for lifting and gripping heavy objects while minimizing back strain.

The weight is distributed to the exoskeleton legs, which include electric motors. The battery also powers the communication system, a night vision device installed directly in the helmet, and the liquid cooling system, in addition to the motors.